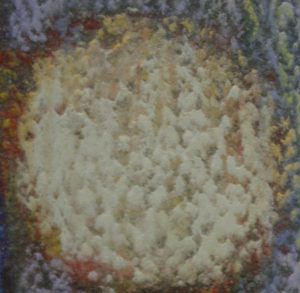 About “A New Dawning”

“A New Dawning” was written to be something like a quintessential first song. As it turns out, it is the second song on the finished album, but that’s only because “Note to the Listener” became the prelude.

“A New Dawning”  is still, in my mind, like the first chapter of the rest of North Light.

In winter’s feeble light
broken rays, like forgetting,
claim our afternoon,
and in the turning
earth clothe our sleeping seeds
with foretastes of spring.
Sweet sleep of promised life–
you soon will end in morning!
After these long nights,
and in a new dawning.
Then will we be strong.
Then will be be strong.

As with all the songs on North Light to greater or lesser degrees, this song can be taken both literally and figuratively (if not definitively).

On the one hand this is a real winter in which the light from the sun is actually weaker because of Earth’s tilt. These are rays from the sun that are broken by, perhaps, the shadows of tree branches. They warm the soil in which dormant seeds lie. And after the long nights (and short days) of winter, something new and strong will come of it all.

But obviously there is more here. The first person plural possessive “our” clues us in. This winter afternoon is a thing that is shared; it is a day’s ending in a season of endings, of dormancy, of waiting. In my case it is a time shared with my closest companions: my wife and children. The listener will fill in the “our”.

Though this light is weak, it is apparently promising, and affective. Again, this light carries notions of perception, seeing, knowing, or understanding as in the rest of the album. The interesting thing here is that it is not just the light, but also the shadows that punctuate it that seem to take up–and offer some king of resolution to–this shared afternoon. This lack in our understanding or knowing, this forgetting, is just as important as the knowing, the remembering. Together they “clothe” the seeds (of promised life, hope) in the turning earth–in time, or in the turned soil (both meanings apply).

In time the long night will end with a new dawn. The season of waiting and bitterness will end, and then we will be strong. This is a song about the triumph of hope through accepting all we have and all we don’t, all we know and all we do not. These times of transition, of seemingly interminable waiting, are not for nothing either. They are a needed “sweet sleep of promised life”.

In terms of the album’s progression, the ideas of forgetting and remembering, light and dark, a new dawn, a new rising of the sun, or the hope of new life are touched on again and again in every song on the album. If you listen for the ideas you will find them. I could list specifics about every song, and more specifics than the ones I’ll point out in the following songs, but take special note of these for starters:

remembering and forgetting in “Grandfathers” and “Mourning Dove”

the passage of time in “Moon” and “Beneath the Sun”

longing for resolution to the present in “Robot Man” and “Bird”

accepting imperfection (e.g. not knowing) in “We’re all Broken”, “Long Thoughts”, and “30 Pieces”

I tried to convey the sense of dawning in the chord progression, the instrumentation, and the structure.

The opening chord progression moves from tension in the borrowed dm  and d#dim to resolution in the E and the A.

The basic movement from tension in the borrowed and diminished chords to release in the major continues all the way through the lyric section and the brass section. However, there is a subtle modulation from A major in the opening section to E major in the section that begins with “Sweet sleep…” which conveys subtle change in perspective, the promise of something new. The euphoniums come in at the final “strong” reflecting strength, and the dawn, in the rising melodic motive. After the brass arrives we return to the key of A major and remain there through the end.

Just as the euphs, the piano and guitar reach their cadence, the high resonant sound of a crystal glass comes in. This is supposed to convey the light of the dawn. The rooster crow that you can faintly hear after the guitar cuts out was, believe it or not, complete serendipity. My rooster just started to crow outside my garage/studio door as I finished tracking the guitar part. I liked where it ended up so much that I asked my great audio engineer, Clyde, to boost it in the mix. It perfectly evokes the dawn.

Thanks again, for listening, and for reading! I do value your consideration so much.

This site uses Akismet to reduce spam. Learn how your comment data is processed.

Luke Carton was eighteen years old in 1848; a young man in a world of revolutions: “The Springtime of the Peoples.” Likely born in Wexford, Ireland around 1830, the spirit of the age took hold in Luke’s life as more than nationalism uprooting an old order and replacing it with a new–his entire life was…