In 1783 the Montgolfier brothers made the first public demonstration of manned balloon flight. The dawn of mankind in the sky had arrived, and news spread quickly. Goethe was 34 years old when this happened–the same age as I am today. He, like much of the world, was taken up in the unprecedented excitement of this new age, and he wrote a reflection on it which is now preserved in his Maxims and Reflections (no. 402).

I have been fascinated by what this may have felt like to an observer–or balloon pilot–of the time. To have seen the world from the sky–“as the bird sees it”–must have been utterly captivating.

This fascination seems like other experiences which command us for a time but cannot last–things which are to us like oxygen to flame. We consume them, and, in so doing, destroy them. But they become part us for a time, and change us forever.

Though we grow just as Goethe and his world did, and though we’re left struggling to recall just what we felt, we are none the worse for it in the end. We yearn, maybe, but we have been nourished nonetheless.

What was it like to feel love for the first time? Or hope, maybe? Can you recall–feel, describe–meeting your firstborn child? Your truest love? The divine?

In the second track on Now to Recall, “Up in a Balloon,” I tried to convey that universal feeling Goethe expressed:

“Anyone who has witnessed the discovery of air balloons will testify to the world-wide movement this brought about, what concern surrounded the navigators, what longing surged up in so many thousands of hearts to take part in such sky wanderings, long ago posited, prophesied, always believed in, always unbelievable; how fresh and circumstantial were the newspaper accounts of each single successful attempt, how there were special supplements and illustrated broadsheets, what tender concern there was for unfortunate victims of such attempts. It isn’t possible to reconstruct this even in one’s memory, just as one cannot recall the full vividness of our interest in a highly significant war which broke out thirty years ago.”

I’d like to think that though this song is historically specific, it is metaphorically universal. I know what it’s like, for instance, to be unable to recreate or express the feeling of falling in love with my wife, or meeting my firstborn son. I hope that someday I might be able to experience those depths again, but if I never do, I still know I have been forever changed by them–for the better.

If you’d like to hear the song please subscribe to my email list, or contact me directly, or follow me on Spotify. That’s the way we connect these days. And if you want something physical, I’ll have CD’s to send your way, too. You may have to break out the old Discman you used to love…

This site uses Akismet to reduce spam. Learn how your comment data is processed. 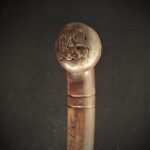 Luke Carton was eighteen years old in 1848; a young man in a world of revolutions: “The Springtime of the Peoples.” Likely born in Wexford, Ireland around 1830, the spirit of the age took hold in Luke’s life as more than nationalism uprooting an old order and replacing it with a new–his entire life was…